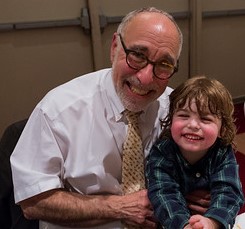 Rabbi Bennett has called Temple Sinai home since 1987.  He is a spirited, dynamic, energetic leader and under his guidance, Temple Sinai has grown and flourished as a vibrant, welcoming, inclusive congregation. He is known for bringing an historical and educational perspective to services and temple events while nurturing the spiritual growth of the community – all with warmth, wit and good cheer.

Rabbi Bennett holds a Bachelors degree from Rutgers University.  His received his Masters degree and his Doctor of Divinity and Doctor of Ministry from Hebrew Union College in New York. 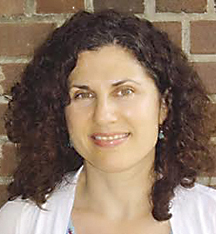 Cantor Sabrina Lipton comes to Temple Sinai from Greenwich Reform Synagogue, where she has served since 2009. She succeeds Cantor Donna Gordon, who retired from Temple Sinai at the end of 2015.

A native of Katonah, New York, Lipton was influenced by two pianists in her family: her father, who played jazz during college, and her grandmother, who taught piano. Early on, she gravitated to opera and began her vocal studies at age 12. She studied voice at the Tanglewood Young Artists Vocal Program and, while in high school, attended a pre-college program at the Juilliard School. Lipton entered Carnegie-Mellon University and went on to earn a Bachelor of Music from the State University of New York (SUNY) at Purchase 1988. She studied classical music at a summer program of the Conservatoire National à Rayonnement Régional in Nice, France. Soon after her graduation from SUNY, Cantor Lipton sang for acclaimed soprano Dame Joan Sutherland in England at the Britten-Pears School for Advanced Musical Studies in a master class, accompanied by Richard Bonynge, the Australian conductor and pianist. She later studed for two years in the Academy of Jewish Religion cantorial program.

Lipton began her cantorial career with Temple Shaaray Tefila in Bedford Corners, New York, where she served from 1991 to 2005. Subsequently, she worked at synagogues in Scarsdale, New York, and Tenafly, New Jersey, before joining Greenwich Reform Synagogue.  Cantor Lipton now lives in West Hartford where she teaches voice privately in her home.  Her daughter Miranda is beginning her junior year as a journalism major at Ohio State University.

“My love of music is diverse,” Lipton says. “I have always had a passion for singing and performing a variety of musical styles. I also find teaching b’nai mitzvah and voice students tremendously rewarding. My biggest spiritual fulfillment however, comes from the marriage of prayer and song. I consider it to be an extreme privilege to be a part of people’s lifecycle events.”